Have you ever stopped to contemplate the different keys on a keyboard and what they truly represent? Or ponder the fact that right now you are reading these words (out loud or in your head) and they make total sense? The combination of letters and spaces are arbitrary but important! These systems for writing have been devised and designed over thousands of years. Linguists refer to writing systems as orthography. Not every language has the same orthography, and in fact, different writing systems capture different aspects of different languages.

There are two main types of writing systems. One type of system is based upon the syllables in a language, where one symbol usually stands for a combination of consonants and vowels. These are referred to as syllabaries. Languages such as Japanese, Arabic, and Hebrew employ these types of writing systems. The other type of system is based upon the vowels and consonants in the language and is called an alphabet. The two most common alphabets are the Latin or Roman alphabet (what you are using to read this article) and Cyrillic, originally created for Russian in the 9th century. This type of writing system is most familiar to English speakers, since this is what our orthography is based upon. In fact, linguists use a special type alphabet, called the International Phonetic Alphabet (IPA) to capture the sounds of any language they encounter.

The International Phonetic Alphabet was created by A.J. Ellis, Henry Sweet, Daniel Jones, and Paul Passy to standardize the study of languages in the late 19th century. The system is designed to capture every kind of sound that a speaker of any type of language can produce, including exotic sounds to English ears such as clicks in Xhosa and other Bantu family languages found in Africa. The sounds belong to a system that describes how these sounds are produced, and are organized into different charts: one for consonants, and another for vowels.

Consonants of the IPA chart.

How do you pronounce consonants with the IPA? 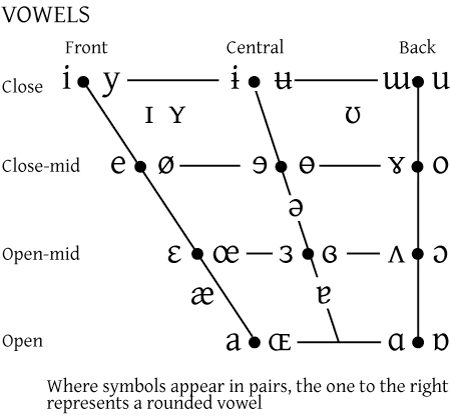 Vowels of the IPA chart.

How to do pronounce vowels with the IPA?

The type of system that English employs is called an alphabet, where each sound is roughly equal to one letter. There are plenty of exceptions, however. For example, in the word “rough” two letters are used to represent one sound: “gh” for /f/. On the other hand, in the word “example” the letter “x” is used to represent two sounds in combination: /ks/. English is notoriously difficult to learn for this exact reason. The letter combination “ough” actually can make 10 different sounds in English: enough, cough, drought, dough, bought, through, borough, hiccough (commonly spelled “hiccup”), hough (commonly spelled “hock”), and lough (commonly spelled “loch”).

What is to be done when you encounter a language without a writing system? This job usually falls to the linguist or documentarian and the community that speaks the language. Usually a linguist works with representatives, referred to as consultants, to discover the grammar and pronunciation of the language. A result of this partnership can also benefit the language community by promoting literacy and preservation of the language for future generations. I sat down to chat with linguist Nate Severance, a researcher and graduate student from University of Oregon to discover just how this process is done.

Q: What is the language you study? How many speakers are there?

A: Vienmõ is a language spoken in Burkina Faso. According to a 2004 census, there are 8000 speakers. But it turns out that it is difficult to decide that number because there are more villages than indicated previously. However, in some of the villages some folks are speaking the lingua franca, or common working language, called Jula. The number could be as low as 5000 or as high at 10,000. Burkina Faso is a poor country, so their census techniques are not as accurate as other countries. 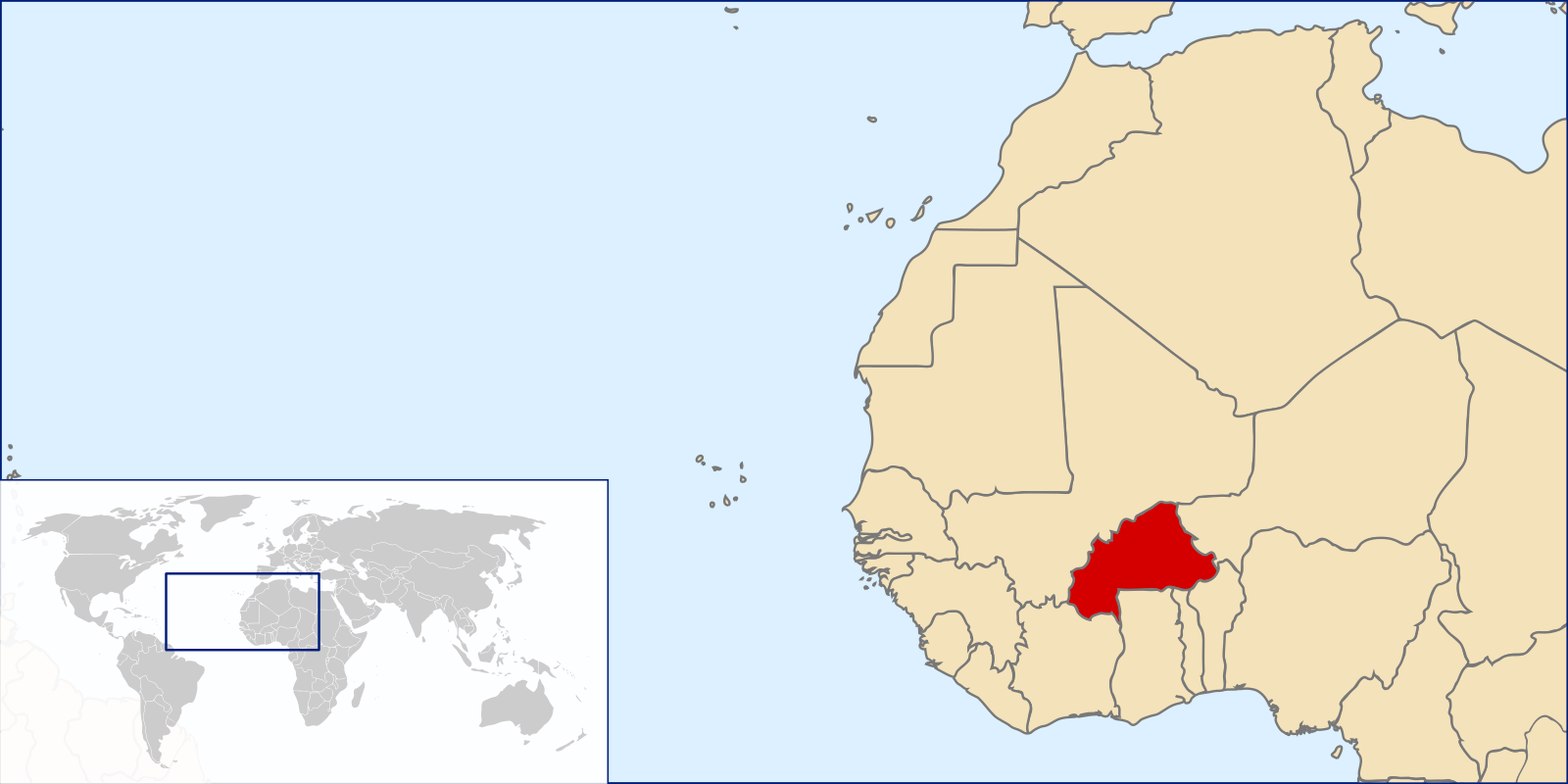 Burkina Faso is located in West Africa with an estimated population of 17.3 million (as of 2014). There are 69 spoken languages, with French being the official language; 60 are indigenous, including Vienmõ.

Q: Can you explain what an orthography is?

A: It’s basically something you use that you think reflects roughly how you’re speaking or how you’re communicating in that language. There are many writing systems that are phonemic, which means the sounds in the language match up well with the letters in the writing system. English is a special case because of its rich storied history. If you take a language like Spanish, you see roughly one phoneme per letter and a lot more consistent spelling. Most English words are not entirelyphonemic, where the letters and the sounds match up perfectly. But what is cool about a mismatch is, from historic writing systems, linguists can figure out how languages used to sound. We assume at some point when people were writing down their language they were describing the sounds of that language, which were good representations of the language before a given writing system become conventionalized. For example, take David Crystal and his work on the original pronunciation of the English of Shakespeare’s plays. His work (you can find clips on YouTube) shows the power that comes with our messy English system.

Q: Why do we need a writing system?

A: Here is one consideration. The first is whether or not the community actually wants a writing system or cares to have one. We don’t have the right, I think, to go force that on anyone. So, we need to ask the community if they have a need/desire for writing down their own language. You can work with language and come up with a writing system on your own for your own research purposes and that’s fine for academia. In terms of actually trying to make a true orthography for the language, it will depend on the community needs. John McWhorter has said that in fact maybe only half of the world’s languages have writing systems that have been invented for them. Only about 200 or so are actually written down every day, in any kind of serious way.

Q: Let’s get down to the nuts and bolts of creating a writing system. How do you go about that?

A: So the crucial thing is you can only really start when you have some idea of the phonology (sound system) of the language. There are techniques linguists use to describe language sound systems. Once you think you have a good idea of at least the sound inventory, which is different than the phonology, you can start to determine how you will write these down, but people usually use the IPA or move toward familiar writing conventions. There might be multiple realizations (variations) of one phoneme (language sound unit), which means you can have more sounds in your language than what you need for letters/symbols. For example, there are multiple realizations of the plural “s” in English. You can have “cats” with a /s/ sound and “dogs” with a /z/ sound, but you really only need one letter to represent both because there are clear sound patterns that determine which pronunciation is realized. I always start with a whole inventory, and once I figure out that certain sounds are complementary or how they fit together in certain patterns, I will start subtracting from my inventory of sounds I have acquired. I always err on the side of caution; I will have more than I need and will narrow it down later. It can get interesting and complicated because there can be politics involved; recently, where I work, I discovered there’s legislation that limits which kinds of symbols you’re allowed to use. So at some point we will have to figure out whether or not the symbols we (the speech community and I) want for the writing system are allowed by the government!

How to create a writing system

Q: That sounds great and very scientific. But, how do you go from inventory to writing?

A: So that has been a little bit of a struggle for us in my current language description project. The natural impulse (especially for a European language speaker such as myself) will be to use a phonetic alphabet. We should just have the IPA or the nearest approximation be that letter in the writing system. As it turns out, there have been, historically, other kinds of writing systems in the area (e.g. a syllabary called N’ko). Although most people don’t necessarily seem excited about that prospect because they want to be able to text and do other things like type on a computer. People are used to the Roman alphabet because of French that everyone speaks in this region of the world. Plus, the lingua franca Jula has one of those historical writing systems and a modern French equivalent. So, it all has come down to technological ease and whether or not speakers care about how much their writing system keeps history alive.

Q: Will the writing system be something I (as an English speaker) will be able to recognize?

A: Mostly. My first impulse is to have everything mostly in terms of IPA representation of various sounds. But then some of the things I wanted to do with the IPA are not necessarily officially acceptable for the government or already has been established in other ways. For example, I have discovered that this language has labiovelar sounds (This is a fancy term for a sound that sounds like a “guh” and a “buh” sound smashed together in quick succession.) As a linguist, I have the instinct to represent the sound phonetically, like [gb]. However, with my primary consultant, what he has in his mind is what the French did when they first started colonizing, which is to write this sound as a “g” followed by a “w” or a “k” followed by a “w.” To complicate it further, there already exists place names with that sound that already have the official spelling “gw” or “kw.” So, we are still fighting to this day between my natural impulse to reflect pronunciation and his natural impulse which has already been established in the area. It’s a delicate and evolving process to be sure.

Q: What is this community going to use this for?

A: That’s unclear at the moment. Literacy in general is pretty low in Burkina Faso, and even lower in the villages where I work than in the cities. It’s not real clear that people have a real need or desire for it, but it so happens that the village I work in has the school for all of the surrounding villages. There are some people with some aspirations to actually teach in that language, including my consultant and his sister. These teachers will teach more than just the language, but also to teach other subjects in that language. They need a way to write in that language to be successful. Who knows if it will eventually become standardized as the way to write in this language. I’d like to hope it will be.

Ellen G. Kress (@dorksidedarth) is a linguist and theatre researcher currently at the University of Oregon. Her research focuses on the cognitive processing of language in performance, and translates her empirical findings into a creative manifestation of the relationship between art and science.